I wish I had a picture of a beautiful red sockeye salmon-but sadly I don’t.  We found a few spots that looked like they would be perfect “fish on ” spots, away from the side by side combat fishing.  But it was not meant to be.  I’m not sure how many people were actually catching salmon-the waters were running clear, deep and fast.  We probably could have hooked a few drift boats, but they aren’t tasty and too many splinters to pick out.

And we had just missed the first run of sockeye. So instead, we enjoyed what we had-some of the most beautiful scenery anywhere, a turquoise and emerald green river running by us, a comfortable hammock and cold beer.  What more could we ask for ? We plan on returning for the 2nd run of salmon after we leave Homer. 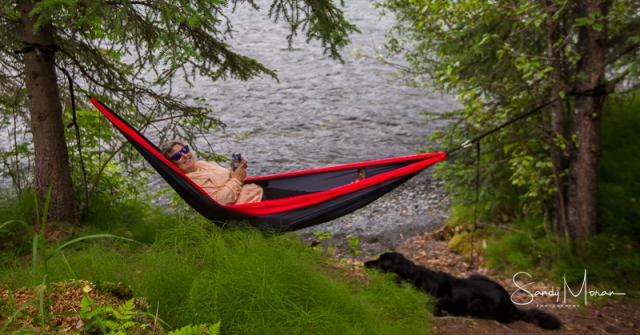 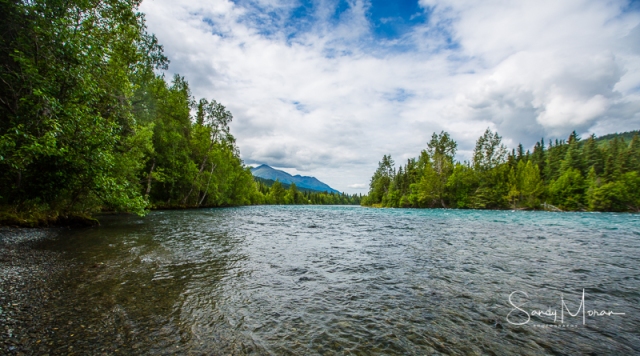 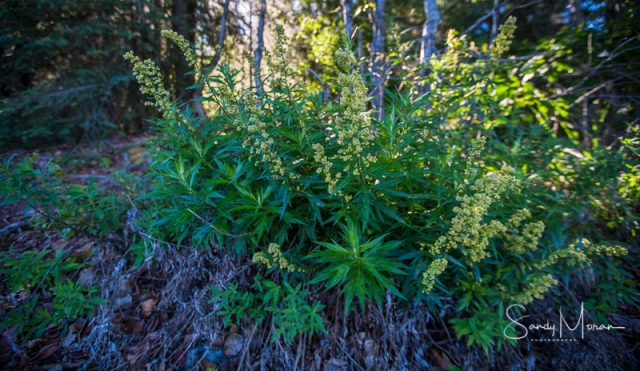 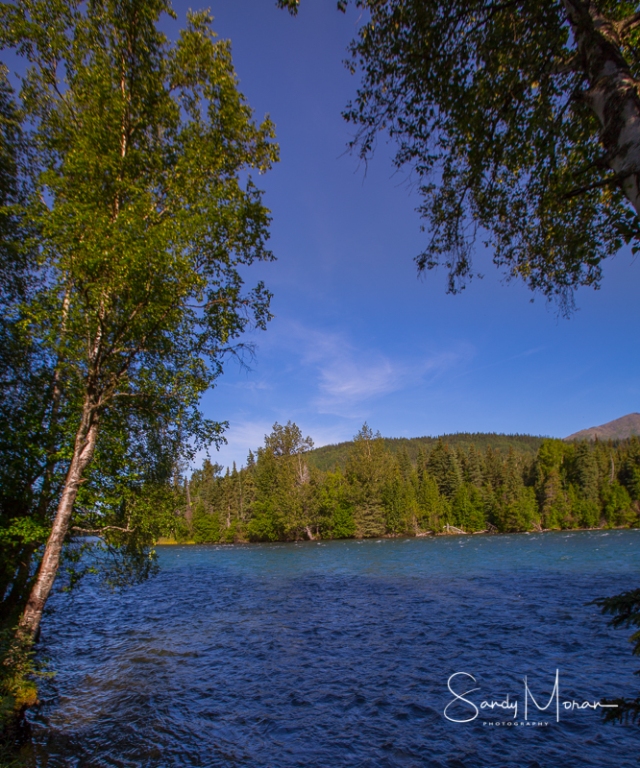 The campground sits between the Kenai River and the Sterling Highway-so you do hear some of the traffic if the highway is busy.  But at night all you have to listen to is the rushing waters of the river-sweet river sounds all night long. 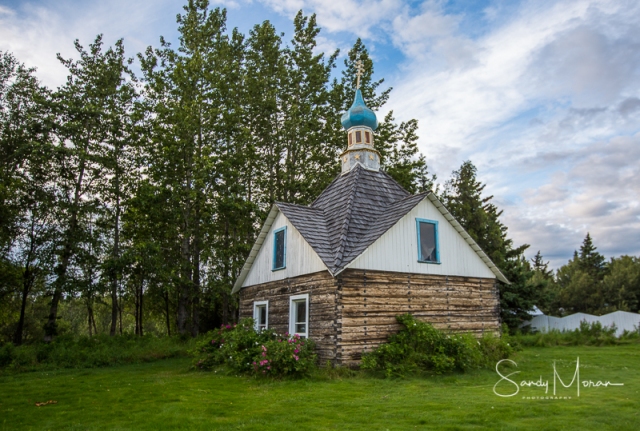 We headed to Kenai before we turned towards Soldotna.  I had heard about the little St Nicholas Church  and wanted to see it-glad we made the detour.  I had the strangest, peaceful experience at the Church and the exact same thing happened at the Chapel in Ninilchik.  As I was walking the grounds I felt this incredible peacefulness come over me-everything felt familiar and safe. In both places, I felt like I had been there before and both places felt welcoming and home like to me. My grandfather immigrated from Russia so maybe it was the spirits of relatives or friends from a previous life enveloping me.  You probably think I’m crazy, but it doesn’t matter-I know what I felt. 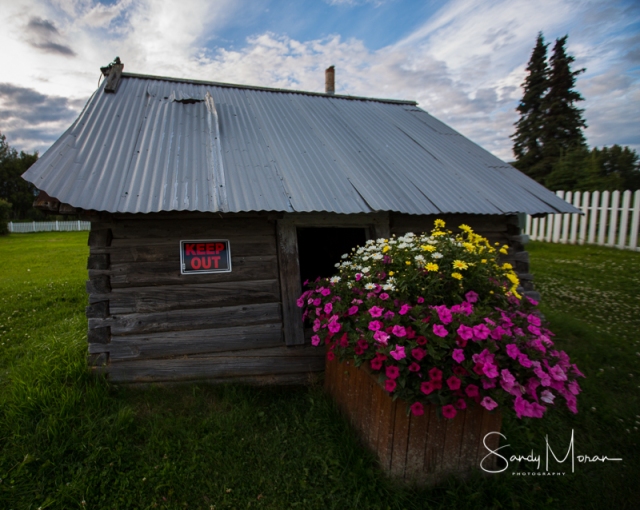 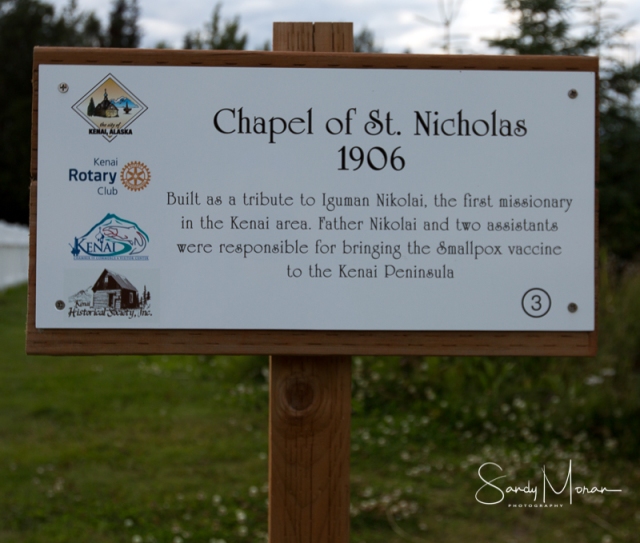 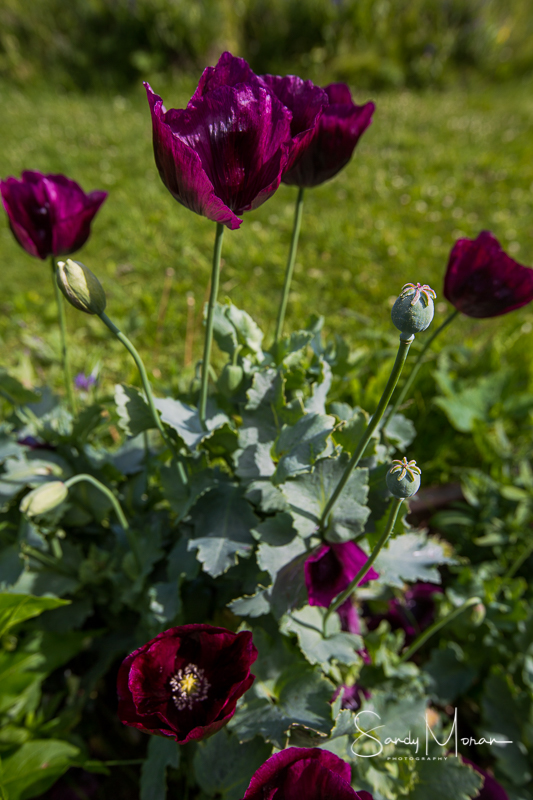 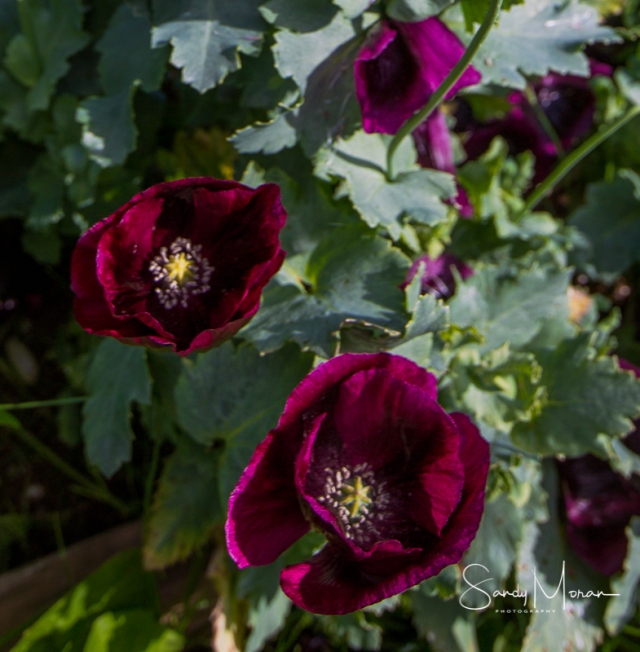 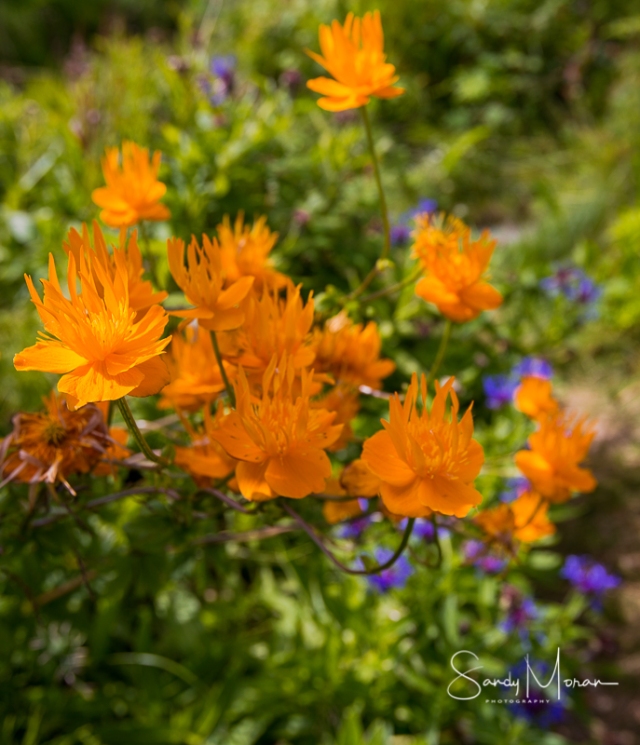 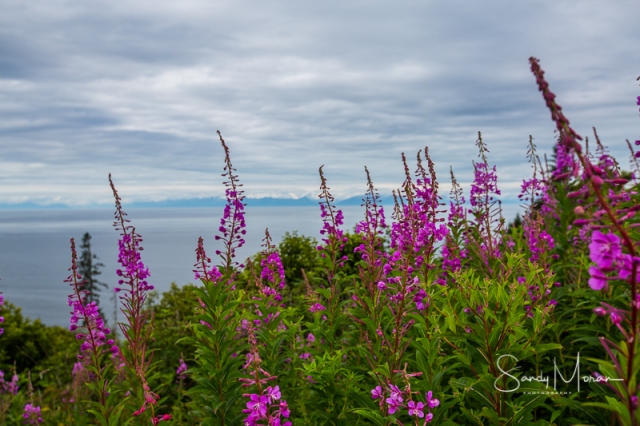 After we left the town of Kenai we headed south to Soldotna.   You should know the drill by now when we get to any populated city.  We found a campground with hook ups, did laundry, took showers and pretty much got of town the very next day. Nothing against Soldotna, we just value our peace and quiet when we travel.

When we left Kenai we took the Kalifornsky Rd, one of those roads less traveled, it eventually hooks back up to the Sterling and makes for a nice diversion, especially when in search of boon docking. We almost stayed at the overlook we found but it was too close to the road so we moved on.  The map indicated that “Whiskey Gulch” had beach access so that’s where we pointed.  I can say now that Whiskey Gulch is not for the faint of heart.  The road feels just like a gradual descent when you start towards the beach-then it turns into about a 35% grade, halfway down.  Too late to turn around we continued on.  The last 500 ft of the grade are filled with moguls and Ruby didn’t have her skis on.  I thought I was going to get thrown through the roof. Once we made it into the “campground” , a gravel area with some wild grasses thrown in for good measure.  We looked around and thought hmm, not bad.

We decided we would stay at least 3 days and maybe a week since there was no charge and we were right on Cook Inlet directly across from the Mount Redoubt and the ring of volcanoes.  Of course we never saw Mount Redoubt due to clouds and rain.  Our week stay turned into 3 days as we listened to people with 4 wheel drive struggle to get back up the hellacious hill.  I don’t think Coach Net would send anyone down to the bottom to pull us out. We said our prayers and started out early the 4th day to attempt “The Whiskey Gulch Hill Climb”.  There is enough level ground at the base that we were able to get a little bit of a running start.  One of the locals already warned us that no matter how bumpy it gets don’t slow up and definitely don’t stop-just keep climbing.  We took his advice and drove as far to the left as we could (less moguls) and breathed huge sighs of relief when we made it to the top. My sweet husband looked at me and said, “Well now that we made it up, we know that we can do it, why don’t we go back down and stay for the other 4 days” ?  Seriously, my answer is not PG rated so I won’t repeat it.

I almost forgot a very lovely little campground in the Kenai Wildlife Refuge area.  We had to drive back a somewhat maintained dirt and gravel road for about 18 miles.  Towards the end of the road, before you reach the Swanson River, you have your choice of several beautiful lakes.  We chose Rainbow Lake.  A campground with 4  sites ,very beautiful and very quiet.  We met a wonderful couple from Austria who were driving around the country for a year in their fabulous bimobile ,definitely liked that rig. 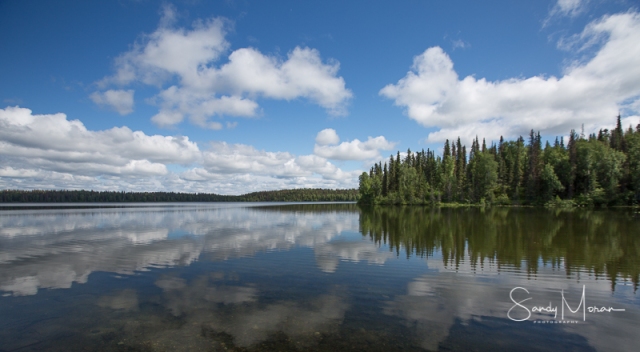 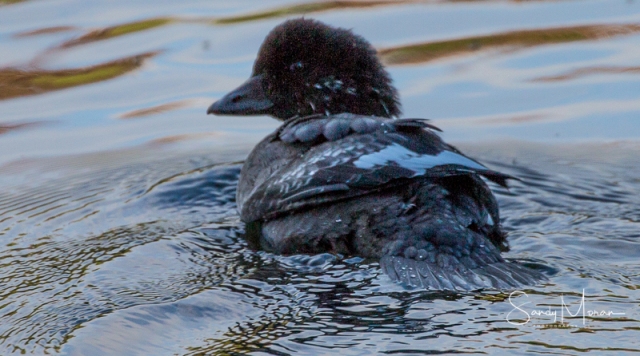 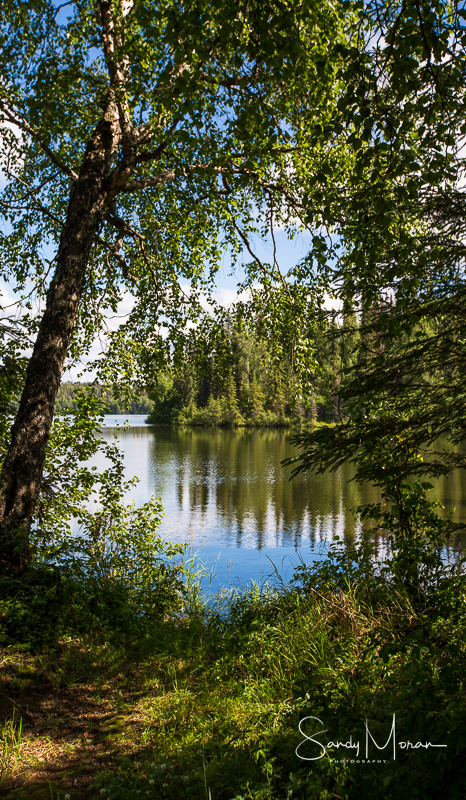 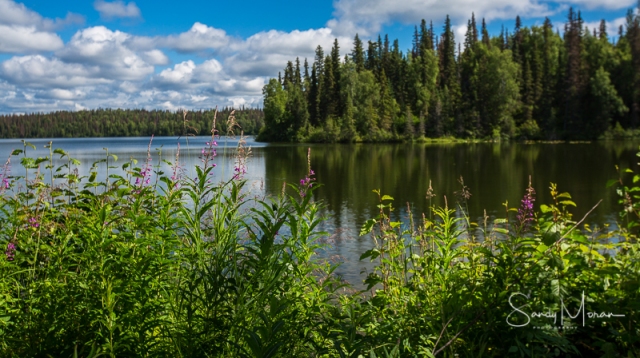 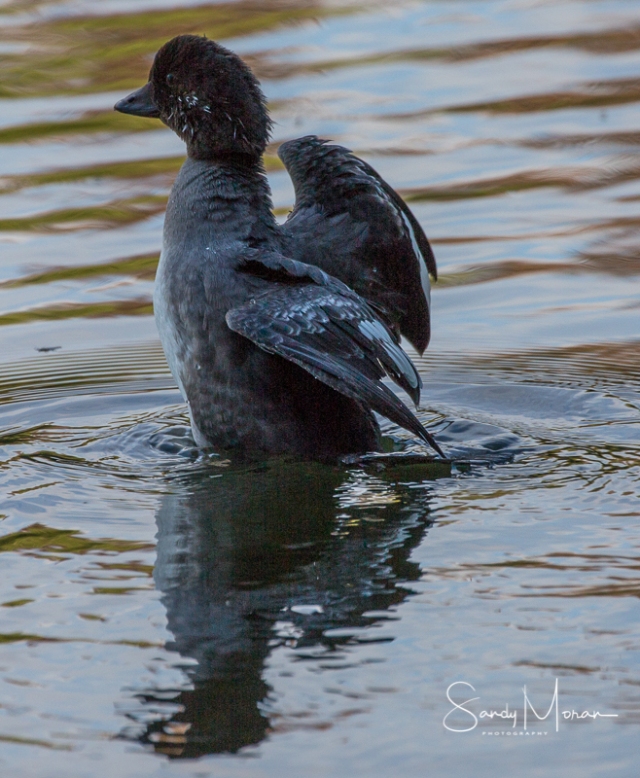 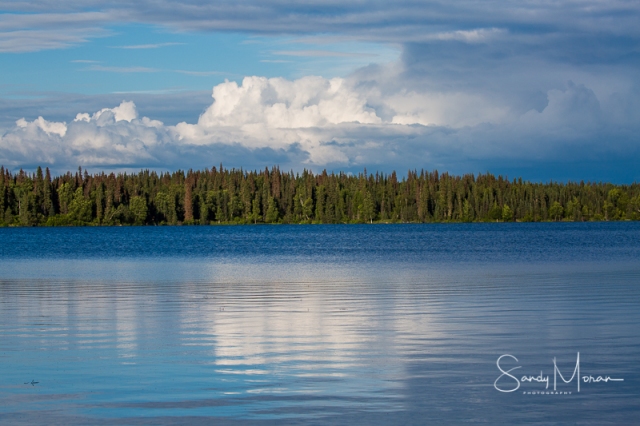 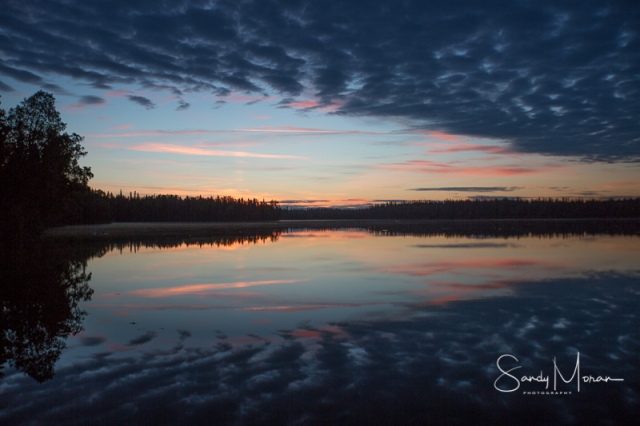 We spent a few days at the campground and headed out right behind our Austrian friends.  Our next destination was the end of the road in Homer.  Coming up, boon docking above the clouds. 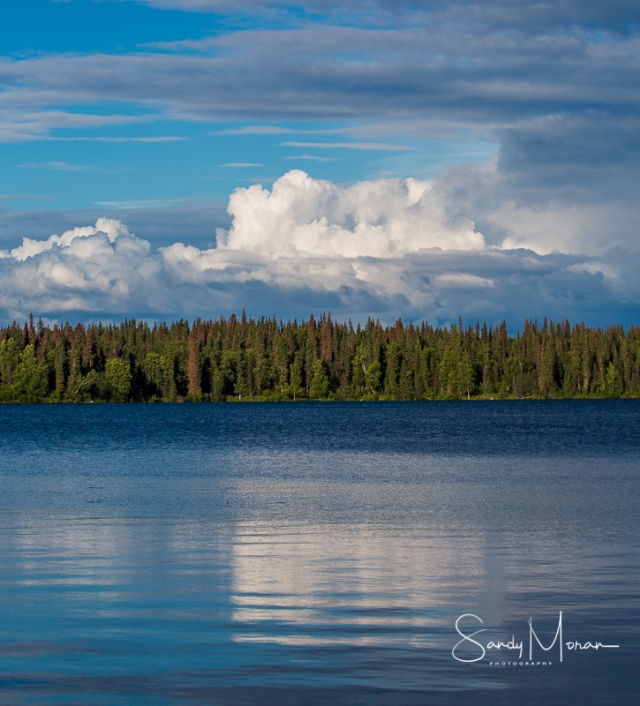 We will catch up with you in Homer .  Happy Trails, safe travels and don’t let a few bumps in the road interfere with a good time !

8 thoughts on “Are the Salmon Running ?” 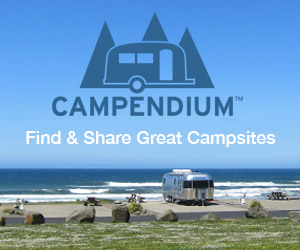